letter to my people: Tyson Wabantu rises to the occasion 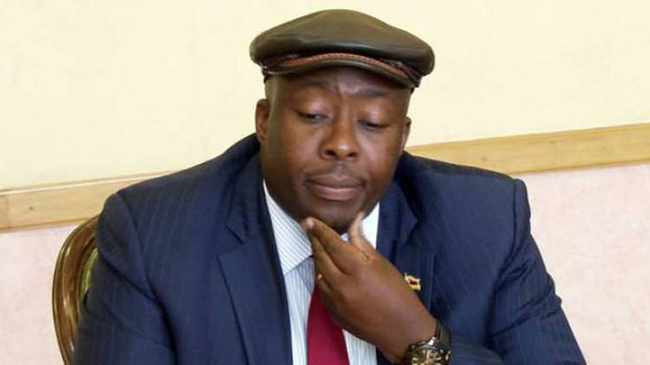 THE State of the Nation Address (Sona) by Ngwena at the new Parliament building in Mount Hampden last Wednesday has been described by the slavish state media as the opening of the grand doors to democracy.

Munopenga!!!!! Ngwena would not know democracy even if it hit him on the backside.

What democracy when opposition politicians are locked up for more than 150 days?

What democracy when opposition parties and activists are beaten and arrested for holding protests while those which are sympathetic to the ruling party go ahead without hindrance?

Zimbabweans celebrated when Baba was forced to resign thinking that  Ngwena would bring democracy, but they are now regretting because since the Lacoste kingpin  came to power the grand doors to democracy have been slammed shut with the key thrown away for good measure kkkkkk.

Be careful what you wish for.

Still on the ridiculous article that talks of imaginary grand doors to democracy it also claimed that the country had become the first to shed the colonial baggage of representation incarnated in the old parliament building opposite the Africa Unity Square.

But Ngwena used the colonial mode of transport of the Rolls Royce accompanied by horses to travel to parliament. Hehehede!!

It is embarrassing that Ngwena is showing off with a donation from China and calling it an achievement.

But you can’t blame him as there is not much he can point to amidst the poverty and inflation, which is more than 260%, that his bankrupt leadership has plunged the nation into.

By the way Ngwena glossed over the annual inflation of 268,8% and spoke only of month-on-month inflation during his address.

Such is the embarrassment of the inflation brought about by the Second Repubric.

There was no such glossing over when inflation fell to 56,7% in July last year which prompted an overzealous Ngwena to claim that the country was on the cusp of greatness.

Greatness and Ngwena’s leadership are like oil and water. They do not mix kkkkkkkk.

Given the economic and social ruin, Ngwena’s administration has wreaked, it should be called the new dispensation of poverty!

Still on Ngwena’s anathema to democracy, his administration rushed laws to ensure that Zimbabweans cannot criticise them to foreigners under the guise of criminalising conduct that undermines Zimbabwe’s (read Ngwena and his now corrupted party since the removal of baba) sovereignty, dignity, independence and national interests.

This ambiguous piece of legislation is made to be just so to enable Ngwena’s administration to punish anyone who says or represents anything other than extol their virtues or sing praises of them to foreigners.

Even for all the criticism Baba received, he was not as besieged by paranoia as this lot who claim to have taken over to champion democracy.

This is what you celebrated for Zimbabweans in 2017 hehehehede!

This is a regime that can justify, through nebulous laws, arresting you if they deem that the colour of your T-shirt “undermines sovereignty, dignity, independence and national interests.”

Though most of you will never admit it, I am sure you are now sorely missing your former leader who was imbued with wisdom and, as one of his former staffers rightly said, telescopic foresight. The only insight this lot has is how to loot and abuse citizens. You have got what you deserve Zimbabweans!

Ndabaningi is a useful part of Ngwena’s administration. He surely goes above and beyond the call of duty like shockingly telling his boss who tries in vain to imitate Baba by wearing those hideous shades that he looked “cool” in them Unopenga!!

This week on microblogging site Twitter, he wrote that physical attendance at Ngwena’s Sona will be restricted and advised the public to watch it on the national broadcaster ZTV.

However, the garrulous Ndabaningi, in all his excitement forgot that due to the incompetence of the administration he serves, there was no power in households for them to watch the snooze fest!!

Since Ngwena’s entry to power after removing baba through guns and tanks, power cuts have reached record highs of 19 hours a day!

No wonder why he is desperate to take the credit for the Hwange 7 & 8 project that baba started. It just shows that with Ngwena at the helm there is literally no light at the end of the tunnel.

The Oxford professor Mthuli presented what he calls a budget where he allocated trillions of RTGS  to various ministries, most of whom will not see  most of it except on the budget paper presented last week!

In typical scrooge fashion, Mthuli has removed the tax free threshold on bonuses (It is probably to compensate for the ‘presidential bonus” to civil servants) and has increased Value Added Tax  as well as kept the 2% intermediated transfer tax on domestic transactions.

There will be no Christmas gifts from this professor.  Only deflated pockets.

A week after that great betrayal by Jonso and Dread Zhuwao, Tyson Wabantu has risen to the occasion.

An audio of Tyson addressing his supporters via a virtual platform and asking them to get ready for 2023 is trending on social media.

I have no doubt the audio is causing the owners of this country sleepless nights because it signals that there would be gnashing of teeth, come 2023.

Even Jonso is panicking from far away Kenya! He has found a way of making the audio about himself when it is not.

Brace yourself, our boring politics is about to become very interesting.

Substance abuse in young people- Stemming the loss of a generation
Mental health is a critical component of individual, family, community and national wellbeing and prosperity.
Standard People
By Chido Rwafa-madzvamutse
8h ago

Re-imagining the workplace: The perils of attached happiness
A very simple example in the workplace would be the change of leadership
Standard People
By Bhekilizwe Bernard Ndlovu
8h ago

Letter from America: Memphis black policemen charged with anti-black racism
The black officers, whose careers depend on recommendations from senior white officers “understand” that cleaning out means driving out blacks from such neighborhoods.
Standard People
By Kenneth Mufuka
8h ago

Zimbabwe’s elusive quest for Vision 2030
At the turn of independence, Zimbabwe was once regarded as one of the most prosperous countries in Africa, but its economy has been in a continuous state of decline.
Standard People
By Paison Tazvivinga
8h ago

By Bhekilizwe Bernard Ndlovu 8h ago
Re-imagining the workplace: The perils of attached happiness