Letter to my people: The great betrayal by G40 kingpins 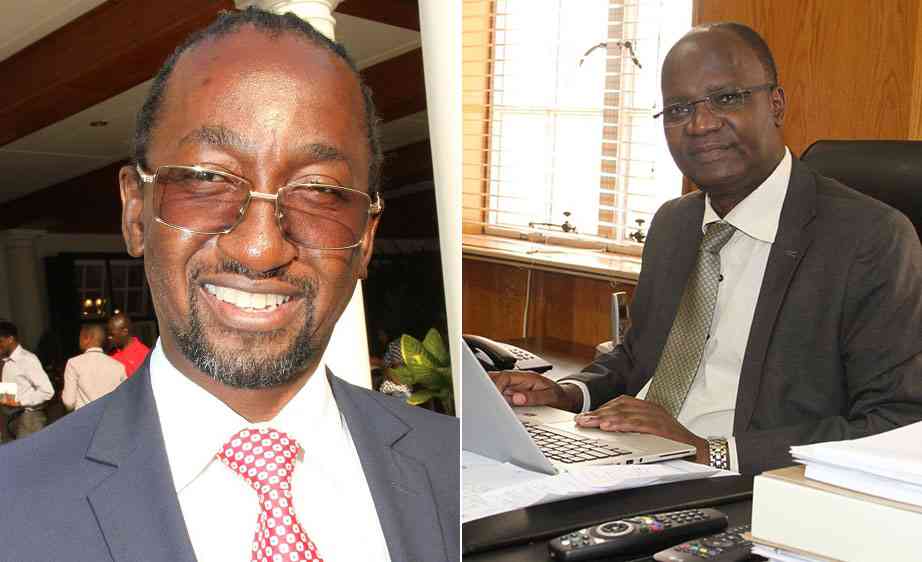 I am struggling to recover from the levels of betrayal and treachery by Baba’s nephew Dread Zhuwao and the man whom we rescued from flying bullets in 2017, Jonso.

The two former G40 kingpins literally went on their hands and knees begging for forgiveness from the corrupted Zanu PF led by Ngwena, who removed Baba from power via that cowardly coup.

In an open letter dated November 15, 2022, and signed by  the two traitors, it said they should have never denounced the ruling party.

“Between 2018 and 2020 - on the back of the 15 November 2017 military coup that ousted President Mugabe and his government from power and violently targeted us and other comrades linked with the so-called G40 — we associated ourselves and used the hashtag “Zanu PF Must Go” (#ZanuPFMustGo), in our public messaging and communication,” they wrote.

Johnso and Dread Zhuwao begging Baba’s tormentors for forgiveness is betrayal that would make Judas Iscariot green with envy.

Is this how they repay his kindness? Were they also promised 30 pieces of silver?

Dread Zhuwao and Johnso have shown that Baba’s principles clearly didn’t cascade down to these two.

Johnso’s treachery I could understand as he has a long history of flip flopping, but Patrick muzukuru  came as a major shock.

So much for blood being thicker than water! Baba would have never stood for this shameful kind of weakness.

Never in a thousand years! Munopenga!

As usual my successor Page 2 girl aka Dr Amai 11 continues to gallivant across the country in an attempt to be a latter day Mother Theresa.

After being told recently by her band of parrot……. Ooops I mean reporters kkkkkk that she was now the major cause of marriages in Kanyemba, we were told that no words could be expressed when she met with an impregnated nine-year-girl in Bulawayo recently.

She even said she had ‘goosebumps” as the girl rested her head on her.

The so-called hug between the two was of course captured and one could not help notice the eye she gave the photographer to make sure that the “moment’ was being captured properly kkkkkkk.

This need for attention I could have never matched in my time.

Not one to be left behind (as is his mantra) by wifey in the craving for attention stakes is Ngwena, who calls almost every government programme presidential this, presidential that.

From presidential scholarships to presidential inputs, he is desperate to be seen as the country’s benefactor in all spheres of the economy when in actual fact it is the taxpayer’s money being used.

He has now even gone to call civil servants 13th cheque of an extra US$200 a ‘presidential bonus’. Ehehehede!!

As if the money is coming out of his pocket. Munopenga!!

Anyway me and Baba were used to Ngwena’s deceptive tendencies, which is why Gushungo fired him for his lack of probity.

Ngwena’s crusade against corruption continues to be exposed for the hot air that it is.

The Zimbabwe Anti-Corruption Commission (Zacc), which the government claims is the major corruption buster cannot even retain its workers as they are fleeing the impoverished outfit in droves.

Instead of fighting corruption their employees are fighting to leave the institution for greener pastures kkkkkk.

Who can blame them from fleeing this poverty-infested organisation where one is more likely to catch rodents than corrupt individuals in their offices?

The Zacc boss Loice Matanda Moyo revealed that the  catch and release  problem of accused persons in high profile corruption cases is being caused by witness fatigue and lack of witness protection.

It is typical of Ngwena to fire one commission to replace them with an even more incompetent team than the previous one.

Honestly, how can a corrupt government fight corruption? It is like fighting against itself kkkkkkkkk.

The Oxford professor Mthuli will be presenting   the so-called budget this week where he will present fictitious budget allocations  to ministries and government departments only to distribute  a quarter  (If not less) of  the amounts he would have said he has allocated.

Like his boss Ngwena, Mthuli has mastered the art of hypocrisy.

He has been waxing lyrical about the need to use our local currency for transactions as we go down the dedollarisation path.

But he did not heed his advice at the album launch for songstress Sandra Ndebele.

Dazzled by Ndebele’s dance moves, Mthuli forgot all about dedollarisation as he stumped up more than US$8000 for the album with not one RTGS included in the transaction.

So much for the drive for the use of local currency!