The congress's theme was "Tax and revenue implications of the African Continental Free Trade Agreement (AfCFTA)." There were rich and diverse discussions that brought together renowned experts from various backgrounds, including African Union Commission (AUC), AfCFTA, revenue authorities, the private sector, and academia.

ATRN is a platform for African tax research that aims to facilitate African capacity for credible research in tax policy, administration, law, and leadership. It was created to meet the need for identifying potential synergies and linkage areas between academics and tax officials from ATAF member countries. It allows participants to have a say in important decisions. This year's congress concluded with a tax research masterclass co-hosted by UNU-WIDER.

Just a brief background. The AfCFTA agreement, which went into effect in January 2021, established the world's largest free trade zone in terms of participation. It brings together 1,3 billion people from 55 African countries, representing a combined gross domestic product (GDP) of US$3,4 trillion. Among other things, the AfCFTA agreement aims to gradually reduce (on 90% of goods traded within Africa) and eventually eliminate customs duties and non-tariff barriers on goods.

Regardless of how appealing it is, the main question is, "What are the revenue implications of the AfCFTA for African states?". This article will attempt to answer the question by focusing on two presentations that caught my attention during the 7th ATRN congress, which I had the pleasure of attending in Accra. The first presentation, titled "Revenue Implications of the AfCFTA," was given by Dr Ezera Madzivanyika, research manager at ATAF. The second paper, "The Tax and Revenue Implications of AfCFTA, A Case Study of Zimbabwe," was written and presented by Munatswi Nengeze, a Zimbabwe Revenue Authority (ZIMRA) training officer.

The congress and presentations made it clear that the AfCFTA long-term benefits, such as lower trade costs, promotion of regional value chains, increased productivity, increased consumer variety, increased income levels, and eventual increased tax base due to increased output, are expected to outweigh the tariff revenue reduction (short-term losses). As a result of AfCFTA, the majority of African countries would benefit from increased income and welfare. The following discussions, which are based on the previously mentioned two presentations, articulate this well.

Indeed, revenue losses are expected in the short term. African countries will lose US$4,1 billion in tariff revenue, according to UNCTAD. In the short term, the World Bank predicts that most countries' tariff revenues will fall by less than 1,5%. Because of progressive liberalisation, this revenue decline will be moderate in the early years. However, the long-term decline will rise from 3% to 9% between 2025 and 2045. Some conservative estimates place the continent's losses at 0,03% to 0,22% of GDP (or approximately $1 billion to $7 billion).

Madziwanyika's additional analysis revealed that domestic taxes outweighed customs-related revenues, which accounted for 27% of total tax revenue and 1,35% of GDP in ATAF member countries in 2020. From 2016 to 2020, the Value Added Tax contributed 35,29%, Personal Income Tax contributed 23,51%, and Corporate Income Tax contributed 19,23% to tax revenue. Import duties accounted for only 6,57% of total tax revenue after subtracting other customs-related revenues such as VAT and excise duties on imports, which are not affected by AfCFTA.

According to ATAF, African imports were very low in comparison to the rest of the world, averaging 13% between 1995 and 2020. Africa's intraregional trade lags behind that of other regions. According to UNCTAD, Africa accounted for 17% of total trade in 2017, up from 9% in 2000.

This means that adjusting the 6,57% figure above to account for imports from non-African countries (the rest of the world) reduces the revenue loss to less than 2% of total revenue.

In the case of Zimbabwe, Nengeze stated that customs duty at stack contributed 6,94% on average from 2019 to 2021. He also stated that in Zimbabwe, VAT on Imports is charged on the basis of Value for Duty Purpose (VDP) plus Customs duty, so tariff reductions will have a slight negative impact on VAT on Imports.

According to the World Bank, AfCFTA is expected to improve trade in the medium-to-long term, resulting in a US$450 billion increase in GDP. It is also estimated that by 2035, AfCFTA will increase real income gains by 7% and African exports by $560 billion. According to the Mo Ibrahim Foundation, consumer and business spending will increase by $6,7 trillion by 2030. Because of the significant increase in household consumption that is expected as a result of trade openness, the AfCFTA is expected to lift 30 million people out of extreme poverty and 67,9 million people out of moderate poverty.

The reduction in trade barriers brought about by the AfCFTA, according to ATAF, would affect tax revenues in four ways. First, as import tariffs are reduced, tax revenue is expected to fall. Second, trade diversification would reduce revenues due to lower tariffs. Third, higher GDP would generate more revenue as a result of potential increases in productive efficiency.

Tariff revenue reductions will necessitate the identification of alternative sources of domestic resource mobilisation as well as the implementation of additional revenue-raising strategies. Presenters and participants suggested, among other things, the following to compensate for the short-term loss of customs revenue:

Intensify the use of technology and big data analytics.

Customs officials should be equipped with the necessary skills, such as proper interpretation and implementation of rules of origin and preference, to reduce the risk of dumping, smuggling, and transshipment.

Improving infrastructure across the continent will be critical to ensuring the free flow of goods, people, and capital.

Experienced RECs such as EAC and WATAF must play an important role in the AfCFTA implementation.

In the case of Zimbabwe, in addition to the aforementioned recommendations, the country was advised to:

Modernise and automate tax administration functions, as well as processes to enforce compliance and information exchange between Customs and Domestic Tax Divisions.

It is also necessary to increase efficiency and automate functions at points of entry.

Ensure that data matching and automatic information exchange should occur in real time to ensure that correct expenditure is declared and revenue is collected.

Nyamudzanga is a ZES member with a Master's degree in Tax Policy and Administration and a Bachelor's degree in Economics. —  lnyamudzanga@gmail.com. These weekly New Perspectives articles published in the Zimbabwe Independent and co-ordinated by Lovemore Kadenge, an independent consultant, past president of the Zimbabwe Economics Society (ZES) and past president of the Institute of Chartered Secretaries & Administrators in Zimbabwe (ICSAZ). Email-kadenge.zes@gmail.com and mobile No. +263 772 382 852.

Zanu PF bloodbath ahead of congress
Under the spotlight are movements created after President Emmerson Mnangagwa assumed power by replacing the late former president Robert Mugabe in 2017.
Local News
By Sydney Kawadza
Sep. 30, 2022 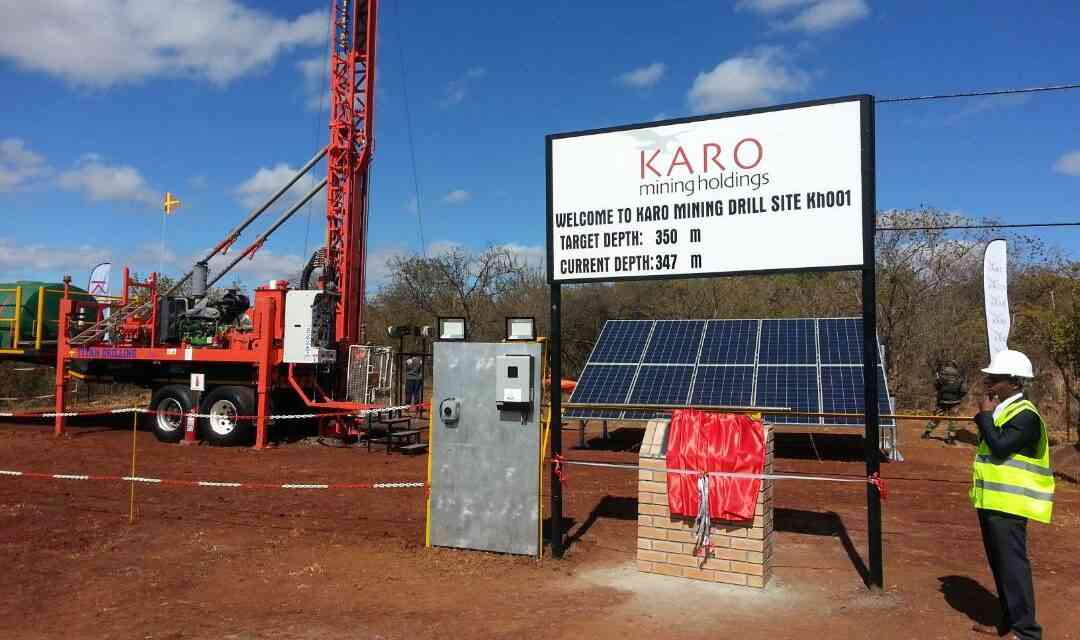 By Sydney Kawadza Sep. 30, 2022
Zanu PF bloodbath ahead of congress